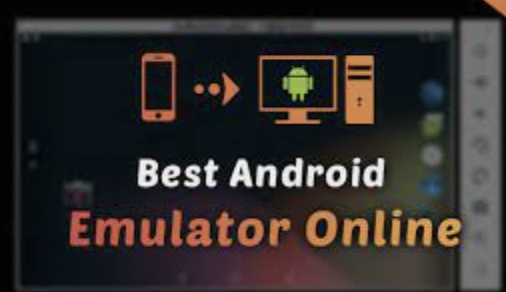 During the early years of Technology, the personal computer was the only way to use applications and access the internet. However, with the evolution of Technology, people wanted to stay connected with their work anywhere in the world. Therefore, they needed a device that not only helped them to perform all the functions of a computer but also fit in their pockets. During this time in 2010, smartphones started to arrive in the industry. Smartphones could meet all the above requirements and thus became one of the most popular forms of devices available. Currently, most smartphones run on the Android Operating System. So, developers have to use Technologies like an ‘online emulator Android’ to ensure the compatibility of their app with this OS.

In this article, we will focus on the best online Android emulators that are currently available. Let us first learn the basics of Android emulation.

The Android platform is one of the most diverse ones that are currently available. For reference, more than a thousand new Android devices are released every year. Moreover, all the devices are unique in terms of screen size, display resolution, processor, and other specifications. These variations make it impossible for the developers to generalize the development process. In case, the developers ignored these variations and generalized the development process, there can be many errors like the misplacement of visual elements and frequent app crashes. However, maintaining a physical device testing lab containing all of the devices will be a highly expensive process. There are many small companies and individual developers who will be unable to bear these expenses. In such a scenario, the best alternatives are to use Android emulators or cloud-based test platforms.

The Basics of Android Emulation

However, development companies must remember that the test results of Android emulators are not completely accurate. This is because there are certain physical specifications of an Android device that are almost impossible to recreate with the help of emulators. These include situations with low bandwidth, low battery, and even a Broken display.

Importance of An Online Android Emulator

Online Android emulators are an important component of the modern application Development Industry. This software provides all the basic functions of a typical emulator while eliminating the hassle of downloading and installing multiple softwares on the testing computer. This means that the developers can conduct the emulation from the browser itself. Online Android emulators are highly beneficial for application development companies that do not have Direct Access to Physical devices. Moreover, they can also help to stimulate Android devices that are no longer available in the market. Since the test results of online emulators are not highly accurate, the developers can also consider using certain cloud-based testing platforms with it.

LambdaTest is a cloud-based platform that helps developers to initiate cross-browser test cases on their web applications. While defining cross-browser testing, we can say it is the process of testing website and a web application to ensure that it functions smoothly on multiple devices, operating systems, and browser versions. LambdaTest supports multiple test automation frameworks like Cypress, Playwright, and Selenium. While using Selenium, the developers can initiate the test cases on more than 3000 different browsers with this platform. LamdaTest has multiple interactive features like parallel testing and active test logs. Lastly, it generates highly accurate test results by combining reports from simulators, emulators, and hundreds of real devices.

Currently, there are hundreds of online emulators that are available in the market. This wide range of varieties can confuse many developers, especially new ones in the world of Android emulation. Therefore, we have analyzed almost every online emulator that is available and shortlisted some of the best ones below:

Appetize.io is one of the most popular online Android emulators that are currently available in the market. The developers have the option to either use the software version or the web application version of this emulator. This is one of the very few tools that guarantee a smooth emulation experience irrespective of the specifications of the system. Therefore, this Android Emulator is very popular among individual developers and small companies that still cannot invest in high-end testing devices. After creating the account for the first time, the developers will get hundred minutes of free time to test out some of the features present in this emulator. The developers must remember that only the paid version will allow access to all the features offered by this emulator.

Appetize.io provides a plug and play features that help to massively reduce the initial setup process for the Android Emulator. The remote debugging feature of the emulator helps the developers to access the native device and resolve all the errors that are present in it. Lastly, it also provides access to multiple custom launch pages to provide a truly customized user interface for the customers.

This Android Emulator will be a good decision for developers who expect to have a high-end sophisticated Android emulation experience. This Android Emulator supports almost all Android apps and games that are currently available on the Google Play Store. It has a very attractive user interface and allows the emulation of Android apps from anywhere in the system.  It can emulate various native Android features like calls, messages, location-based services, and even hardware specifications present on a device. The developers can also use this Android Emulator to understand how the SD card readability feature affects the functioning of the application. It has a very low learning curve and allows new developers to get accustomed to it very quickly.

One of the most common complaints related to the emulator is that it provides very limited features compared to its high price. It is a very serious issue if we consider the high competition that is present in the segment of application development.

This Android Emulator not only comes in the form of a desktop application but is also available as a cloud platform. Genymotion cloud provides multiple developer-friendly features that help to improve the application development process. Due to interactive features, this emulator has been able to build a huge community of satisfied users. Using the Genymotion cloud, the developers can integrate the system with Android SDK or Android Studio for developing the application. An important thing about this emulator is that its primary focus is Android application development. So, the developers must not expect to emulate high-end mobile games like PUBG or call of duty with this emulator. Genymotion cloud is one of the fastest ways to test the functioning of an Android Application.

TestObject is one of the fastest online Android Emulators available in the current market. It provides multiple features to improve the testing experience for the developers. The developers can use this platform to not only develop the app but also demonstrate the project to company officials. This platform helps the developers to verify the functioning of the app on hundreds of different Android and iOS devices. A common complaint related to this emulator is that it has a complex interface that is not welcoming for new developers. Moreover, it also has very limited features compared to the modern application development industry.

NoxPlayer is a popular Android emulator. It is available as software for the Windows Platform. On the other hand, the online version is accessible on all platforms. One of the most unique features of this tool is that it is accessible on even low-end devices. It was initially released as a platform to emulate online android games. However, it also serves the purpose of testing android apps efficiently. This emulator has access to OpenGL settings and DirectX. This emulator allows the developers to change the RAM and GPU allocations according to their requirements. However, one of the massive issues of this emulator is its massive ad campaigns. The users will be flooded with these ads not only during the installation process but also during daily usage as well. 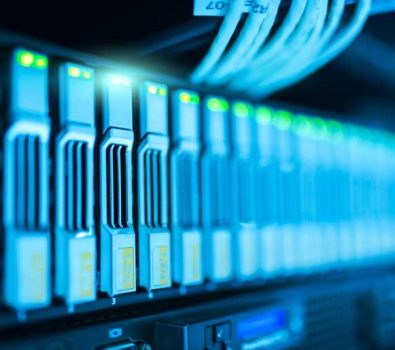